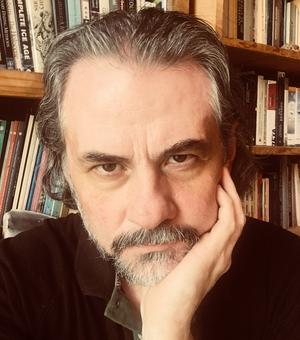 Dr. Ciprian F. Ardelean specializes in North American and Latin American prehistory, with focus on the earliest human arrivals and the so-called “pre-Clovis” occupations at the end of the Pleistocene. His research interests include the early peopling of the Americas, Paleoamerican lithic technologies, cave archaeology, diverse cultural dynamics during and before the Last Glacial Maximum (LGM), and Pleistocene climate and environments.

Dr. Ardelean has taught many archaeology topics at the University of Zacatecas, Mexico (primarily to undergrads), for almost two decades. He actively studies the earliest human occupations in Mexico at the end of the Ice Age, mainly in the centre-northern highlands and deserts. He currently leads the fieldwork part of the international project Pleistocene Hunters of the Northern Highlands (“Cazadores del Pleistoceno en el Altiplano Norte”, in Spanish). Within this project, the Chiquihuite Cave sub-project has been developed over the years in close relationship with Oxford’s School of Archaeology, primarily involving scientists from the Research Laboratory for Archaeology and History of Art (RLAHA). This scientific endeavor is a worldwide collaboration, also involving scholars from the universities of Cambridge, Copenhagen, Sao Paulo (Brazil), and several United States and Mexican institutions. The ongoing Chiquihuite Cave and Golondrinas Cave expeditions functioned as exciting field schools for undergraduate and graduate students, as remarkable opportunities to become involved into cutting edge investigations and exciting explorations that recall the romantic ages of our profession.

On a regular basis, Ciprian conducts field explorations in the form of long expeditions in difficult-to-access areas, performing surveys and excavations in caves and rockshelters, as well as in hunter-gatherer open campsites around old lake basins and high mountain chains. Most of his research efforts are currently focused on a novel lithic industry recently discovered at Chiquihuite Cave, dating back to the Late Pleistocene and the LGM, and linked to a previously unknown human population: one among many different human groups to enter Americas during the Ice Age.