It was popularly believed people arrived in the Americas around 13,000 years ago but new research published today in Nature shows people entered the continent much earlier - more than 30,000 years ago.

The international team of researchers includes Professor Tom Higham, Dr Jean-Luc Schwenninger and Dr Lorena Becerra-Valdivia (who recently completed her DPhl at the School and now holds a position at the University of New South  Wales).

Tom and Lorena used a powerful statistical approach (performed on software developed by Professor Christopher Bronk Ramsey) to build a detailed chronological framework for the arrival and dispersal of humans into North America. This showed that humans were likely present in the region before, during and after the Last Glacial Maximum (LGM).  But more widespread occupation is likely to have begun much later, during a period of abrupt global climate warming between 14,700 and 12,900 years ago, when there was an increase in human occupation across North America.

According to Professor Higham, ‘A combination of new excavations and cutting-edge archaeological science is allowing us to uncover a new story of the colonisation of the Americas. The First Americans came from eastern Eurasia, and it looks as though there was a surprisingly-early movement of people into the continent. The people that travelled into these new lands must have come by sea, because the northern parts of North America were impenetrable and sealed off from eastern Eurasia by a massive ice sheet until 13,000 years ago. The discovery that people were here more than 30,000 years ago raises a range of key new questions about who these people were, how they lived, how widespread they were and, ultimately, what their fate was.'

When the timeline for humans was compared with dates obtained for extinct animals - including types of camels, horses and mammoths - the analysis showed human expansion, during this warmer period, happened at broadly the same time as their disappearance.  The authors suggest that an increase in human population seems to be linked to a significant impact on the catastrophic decline of these large megafauna.

The results of this study allow us to understand the initial human occupation of the Americas in greater detail than ever before, and gives us the opportunity to harmonise new genetic, cultural and climatic evidence. The peopling of the Americas was a complex and dynamic process and we need to combine insights from different disciplines to understand it fully. What is clear is that humans were present in the continent well before previously accepted dates. But it was only around 14,700 years ago that those people became more highly visible in the archaeological record, likely due to an increase in population.

An international team of researchers working at Chiquihuite cave, in the Mexican state of Zacatecas, has found remarkable evidence of early occupation. Team leader Dr Ciprian Ardelean, from the University of Zacatecas and the University of Exeter, says, ‘The finds at Chiquihuite cave are extremely exciting. The archaeology is older than anything we have seen before and the stone tools are of a type that is unique in the Americas. It is curious that the site was occupied so much earlier than others. It seems likely to us that the people of Chiquihuite represent a ‘failed colonisation’, one which may well have left no genetically detectable heritage in today’s First Americans’ populations.’

Dr. Jean-Luc Schwenninger notes, ‘Our involvement in the dating of this extraordinary site stretches back almost ten years and, finally, to see the results published is immensely satisfying...the publication of these new discoveries and findings, which rock and challenge long established views, required extra amounts of diligence, scrutiny, patience and perseverance.’

The Oxford results are based on hundreds of dates obtained from 42 archaeological sites in North America and Beringia (the ancient land bridge connecting the continent to Asia).  The team used a statistical approach known as Bayesian age modelling performed on software (OxCal) developed in Oxford by Professor Christopher Bronk Ramsey. The analysis estimates the start of human occupation at different sites, as well as the commencement of three distinct stone tool traditions in these regions. Dates were combined statistically along with stratigraphic information from the deposits to estimate the start and end of human occupation at each of the sites and then plotted spatially across the continent. The Oxford work was funded by the Natural Environment Research Council (NERC; grant NF/2017/1/2), Merton College, Santander, and the Clarendon Fund. The latter also provided the funding for the paper titled, “The timing and impact of the earliest human arrivals in North America”. 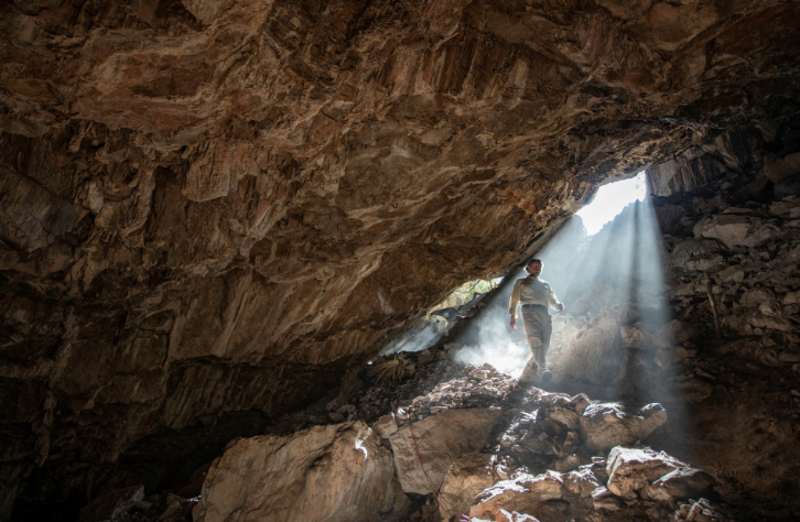 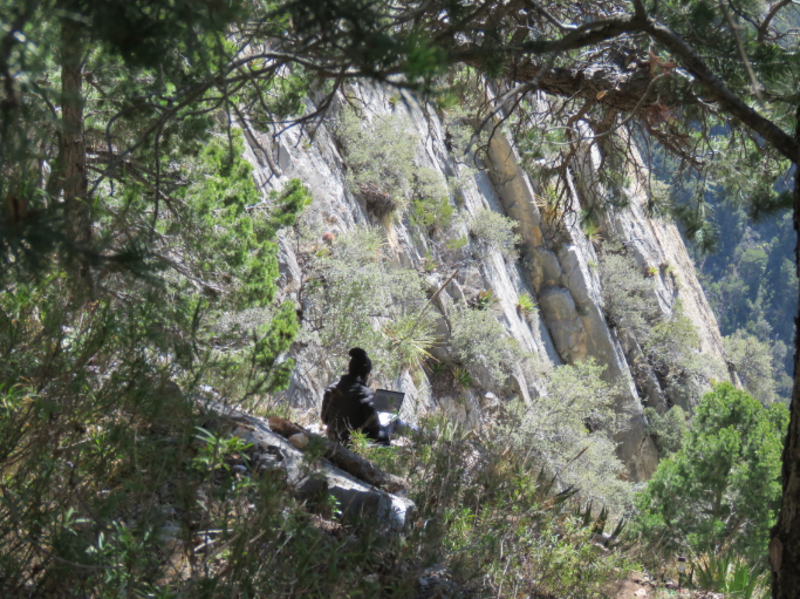 Lorena's article in the Conversation