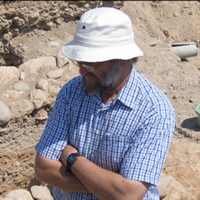 Jim Coulton, inspiring teacher, archaeologist, and architectural historian, died in Edinburgh on 2 August. Jim was Reader in Classical Archaeology at Oxford from 1979 until he retired in 2004. He taught a whole generation of ‘classical’ students and colleagues a huge amount about the ancient world and its buildings. He did terms as Director of the Institute of Archaeology and as Chair of the Sub-Faculty of Archaeology, and played a vital role in setting up the new undergraduate degree in Classical Archaeology and Ancient History in 2000. He carried out fieldwork at a wide variety of sites in the eastern Mediterranean, especially Greece and Turkey, published widely on ancient architecture, Greek temples, archaic settlements, and Greek cities under the Roman Empire. His work on the practicalities of designing and building early Greek temples and his project to survey the archaeological trace of both city and territory of a typical Hellenistic-Roman town at Balboura in the mountains of Lycia are pioneering. His books include: The Architectural Development of the Greek Stoa (1976), Ancient Greek Architects at Work: Problems of Structure and Design (1977), and The Balboura Survey and Settlement in highland Southwest Anatolia (2 volumes 2012). Jim was a person of unfailing generosity and unusual modesty. He will be much missed.