Silver and the Origins of the Viking Age: Congratulations to Dr Jane Kershaw

Dr Kershaw’s 5-year project is entitled Silver and the Origins of the Viking Age. It will investigate a pivotal episode of cultural expansion in Eurasia, examining where, when and why the Viking Age began, through an interdisciplinary analysis of Viking silver.

The Viking expansion has conventionally been viewed as an 8th century expansion into Western Europe, in search of silver wealth. Dr Kershaw’s ERC project will conduct a new large-scale analysis of silver from early (9th century) Viking-Age Scandinavia to test the alternative hypothesis that the movement out of Scandinavia began earlier and was triggered by a desire to engage with eastern, Islamic markets.

Cutting-edge techniques in archaeometry will help to reveal where the silver originally came from, while fresh artefact and coin identifications will provide new insights into the chronology of the Viking Age. The project will generate complete archaeometric profiles for over 500 individual Viking-Age artefacts and coins, which will be made available on-line.

The Oxford-based project employs one post-doctoral researcher and one research assistant, in addition to the PI, bringing together specialists in numismatics, archaeometry and archaeology. It builds collaborations between museums, research laboratories and universities in five different European countries.

ERC Starting Grants award talented early career researchers a budget of up to EUR 1.5 million to build their own research teams and conduct pioneering research. 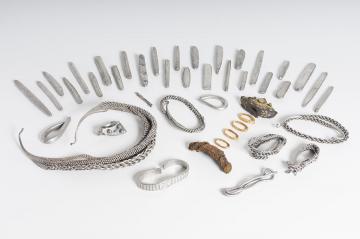