Click here to watch the recording of this online discussion on latest research findings by an international team, including several members of the School, conducting research in the region of the Great Caucus Mountains. The event was hosted by the British Council in Azerbaijan as a short conference on the archaeological work conducted at Barda, Azerbaijan, since 2015.

Dr Paul Wordsworth (Wainwright Fellow, School of Archaeology) gives a brief overview of his work and Ashleigh Haruda, Katie Campbell (current DPhil in Archaeology) and David Stone also make short presentations on specific aspects of their work on the site [zooarchaeology, post-Mongol tomb-towers, and archaebotany respectively]. The event was introduced by the head of the Oxford Nizami Ganjavi Centre, Prof. Edmund Herzig, as well as the head of the British Council in Azerbaijan, Mr. Summer Xia, and Her Majesty’s Ambassador to Azerbaijan Mr. James Sharp.

The team of the Oxford Archaeological Exploration of Barda Project taken in front of the 14th century tomb-tower in Barda, Azerbaijan, 2018 season 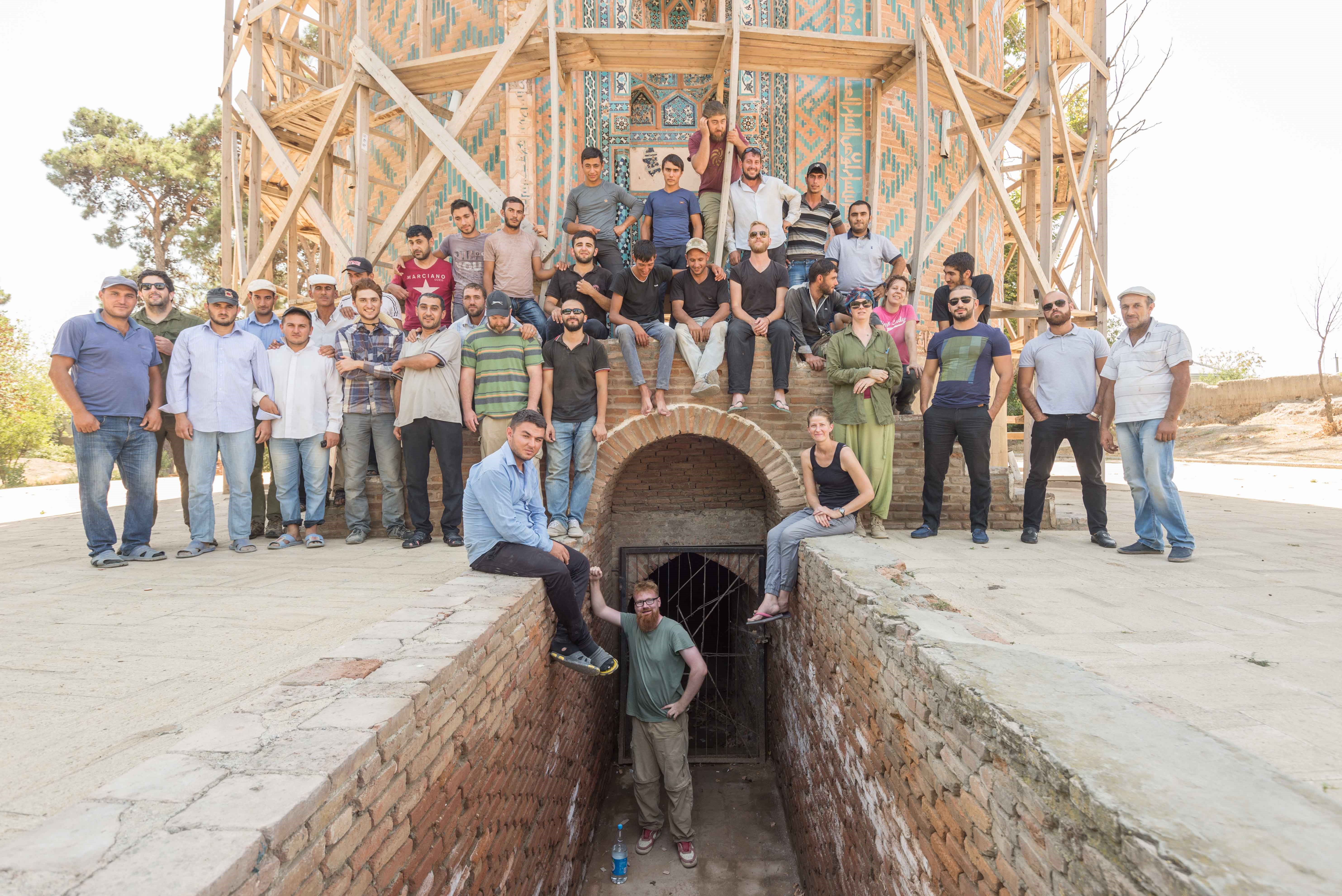