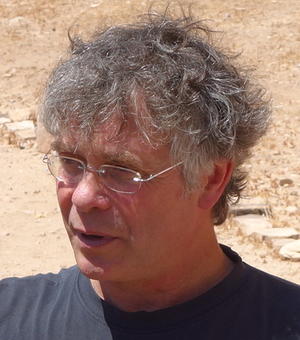 I have three active and interconnected research interests: the transition from hunting and gathering to agriculture (including social dynamics in early Neolithic societies), the theoretical basis for the study of pre-farming societies in SW Asia and Europe, and cultural resource management (including the interpretation and display of archaeology to the public, the political economy of cultural heritage, and the protection of cultural heritage). For the last 20 years, my fieldwork has been focussed in Jordan, including major excavations of the Neolithic sites of WF16, Shahara, Dhra’, and Beidha, survey, experimental archaeology, site conservation, site presentation, and public awareness.  I am currently leading an AHRC Newton-Khalidi with partners in Yarmouk University and the Jordanian Department of Antiquities, working to inspire a new generation of staff and students in prehistoric archaeology.

I first excavated in the Middle East as a student, working on sites from the Palaeolithic to the Byzantine period. Having completed my PhD at the University of Edinburgh, I joined the university’s Centre for Field Archaeology in 1989, becoming its Manager from 1992 to 1999, before moving to be the Director of the Council for British Research in the Levant, where I completed the integration of the former British Institute at Amman for Archaeology and History with the British School of Archaeology in Jerusalem, and opened an office in Damascus (which unfortunately had to close as the Syrian conflict grew). During this period I had honorary fellowships at the University of Edinburgh and Notre Dame University, and a visiting Professorship at the University of Reading. In 2019 I was appointed as Professor of Prehistoric Environment and Society at Oxford Brookes University.