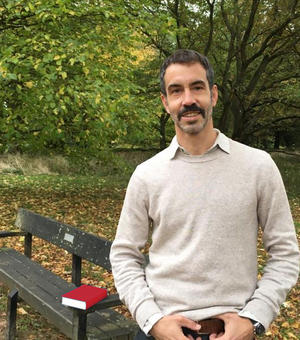 I specialise in IT, specifically managing archaeological data from Western Europe, the Mediterranean, the Middle East and North Africa.

My Ph.D. (2006-12, Université Nice Sophia-Antipolis) was on Mont Bego rock art – with 20,000 figurative engravings – developing quantitative analyses with GIS, database, and statistics (ArcGIS, Microsoft Access, and XLSTAT), and managing documentation from 40 years of research. Following my Ph.D., I was employed as a Study Engineer to develop software able to model urban fabric over the longue durée – Middle Ages to Modern times (2013-14, Université de Bourgogne). After this, I began to develop comprehensive methods with open-source applications (QGIS, Postgresql), and programming (Python). As a postdoctoral researcher, I implemented an innovative framework to analyze iconography with geometric graph and network analysis – what would later become the iconr R package – to study Late Bronze Age figurative pottery decorations (2015-16, Université Montpellier 3). I have accumulated several short-term contracts, as a Research Engineer to develop IT and statistical analysis to model (i) the spread of Neolithic farming economy in Central and West Mediterranean Europe, and (ii) networks of aristocracy in the Narbonnaise Roman province (2017-18, Université Nice Sophia-Antipolis). In both cases, I developed data-driven documents and authoring frameworks for data science with the R programming language. As a Researcher and Database Manager, I have brought together research data and cultural heritage data of the Al-Ula oasis in Saudi-Arabia (2019-20, Archaïos commercial company). As a Specialist Research Support Technician, I started to set up an AWS server with R programmed routines, for the survey, documentation, and study of a recently discovered rock-art site (2020-21, Universitat Autònoma de Barcelona). I have been involved in fieldwork examining the Neolithic, Protohistory, and Antiquity fieldwork and research (Mediterranean, Near East). I joined the School of Archaeology in late 2021 as a Researcher to manage the EAMENA database: a web geodatabase platform for endangered cultural heritage management, based on Arches, semantic graphs, and open-source software.

My main side project concerns the development of the iconr R package to model and compare iconographic contents over the longue durée, and at a large geographic scale.