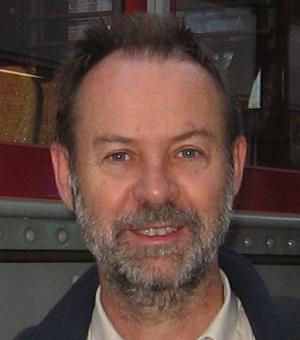 Holocene environmental changes from sedimentary "archives", including diatom, stable isotope, pollen, geoarchaeological and charcoal analyses. These enable the reconstruction of past interactions between climate and people, along with the landscape transformations brought about by human activities from Neolithic to Medieval times.

Past and Current Research Activities

My research interests focus on understanding the long-term, two-way relationship between people and their environment. They include: the ways that climate changes at the end of the last ice age affected the emergence of Neolithic farming in the eastern Mediterranean; the human transformation of land cover in Europe and the Mediterranean during the Holocene (linked to the PAGES LandCover6k programme); and interactions between climate, population and the rural economy during the transition from antiquity to medieval times (linked to the Princeton-led CCHRI). I am currently writing a book monograph on the environmental history of the Mediterranean.

From 1998 to 2018 I was professor of Geography at the University of Plymouth, where I still hold an emeritus chair; I also hold an honorary doctorate from Ankara University (Dil ve Tarih, 2018). In 2006, I was an invited member of an expert committee of the National Research Council of the US National Academies, on “Surface temperature reconstructions for the past 2000 years”, established at the request of the US Congress. The following year I was visiting Blaustein Professor at Stanford University. I have been editor of Quaternary Science Reviews (2008-2019) and from January 2020 am acting as editor-in-chief of the Journal of Quaternary Science (Wiley) for the UK Quaternary Research Association.