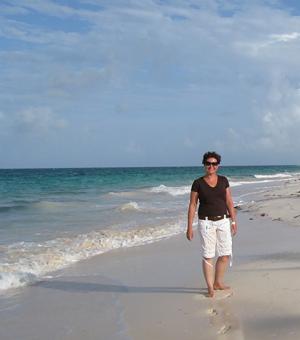 Caribbean and circum-Caribbean regions; the Americas

The jagWARS project, supported by a research grant from the Gerda Henkel Stiftung, brings together a select corpus of over 100 Amazonian/northeastern South American carvings held in the collections of over 30 international museums, in a study of their materials, chronologies and iconography.  These carvings, linked together by a strong stylistic cohesion, will be the focus of a comprehensive study aimed at placing this little known artistic heritage within its cultural and historic context. The carvings span ceremonial drug paraphernalia, often featuring jaguar and raptorial bird imagery, as well as large double-handed clubs with elaborate two-dimensional design panels, four of which were recently dated to ~AD 1300-1600 as part of a preliminary project on the Ashmolean’s South American collections ("Origins of Tradescant's 'India Occidentali' Wooden Clubs"

This international collaborative project, linked with 8 partner institutions in the Caribbean, UK, Europe and US, aims to better understand the connections between the Lucayans (the people of the Bahamas and Turks and Caicos Islands, ca. AD 600-1550) and the chiefdoms of the Greater Antilles (Cuba/Hispaniola) through the study of over 300 exotic stone artefacts found in the Lucayan archipelago, now in museum collections. The study will use state-of-the-art techniques, developed by Co-I Prof. Gareth Davies (Vrije Universiteit, Amsterdam) as part of the Nexus 1492 project, to determine the original source of the stones, and in so doing, will enable researchers to explore the various connections (social, political, economic) between island peoples.

The study investigates the chronological and cultural context of wood artefacts recovered from Pitch Lake, Trinidad – the largest concentration of woodcarvings from the Lesser Antilles. Collections held in three international museums have undergone analysis, including the development of radiocarbon techniques specifically targeting pitch contamination issues, led by Co-I Dr. Fiona Brock (Cranfield Forensic Institute), and the establishment of a strontium ‘isoscape’ for the twin islands.

The large-scale collaborative project focused on establishing the first chronologies for Caribbean wood carvings. It involved the collections of 20 institutions in 8 countries, and an international team of colleagues, including the Oxford’s Radiocarbon Accelerator Unit, UK; the USDA Forest Services, USA; the Max Planck Institute for Evolutionary Anthropology, Germany and the Department of Chemistry, University of Pisa, Italy.