Research in the news 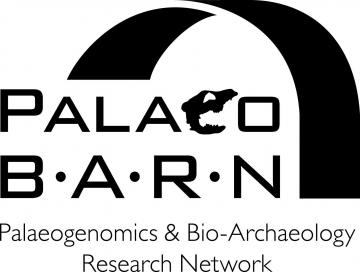 Led by Laurent Franz and Greger Larson of the PalaeoBARN team in Oxford, an international group of archaeologists and geneticists published a paper in Science (July 2018) which has challenged our understanding of the history of the first and most iconic domestic animal - the dog.

By sequencing complete mitochondrial genomes from seventy one archaeological dog remains from North America and Siberia, and comparing them to the genomes of modern breeds, the team showed that the American indigenous dogs have all but died out. The team had discovered that ‘native’ (or ‘pre-contact’) American dogs, which arrived alongside people over 10,000 years ago and dispersed throughout North and South America, possessed genetic signatures unlike dogs found anywhere else in the world.

Their analysis indicates that American dogs were not domesticated from North American wolves. Instead, American dogs form a monophyletic lineage that likely originated in Siberia and dispersed into the Americas alongside people. After the arrival of Europeans, native American dogs almost completely disappeared, leaving a minimal genetic legacy in modern dog populations.

Those native canines represented a unique lineage of dogs that were completely different from anything that exists anywhere else, and that no longer exists. However, the team did find faint traces of them. Remarkably, the closest detectable extant lineage to pre-contact American dogs is the canine transmissible venereal tumor, a contagious cancer clone derived from an individual dog that lived up to 8,000 years ago.  CTVT has since evolved into an independent parasite that transmits sexually from one individual to another, still afflicting modern dogs all over the world today and each case still retaining that progenitor’s genes from so long ago. These researchers will continue to investigate whether the cancer arose first in the Americas or Asia (and thus which direction its canine carriers travelled and when) but for now this study confirms that the history of our canine best friend is just as complex and convoluted as that of our own.