Research Stories In The Press Part 1. 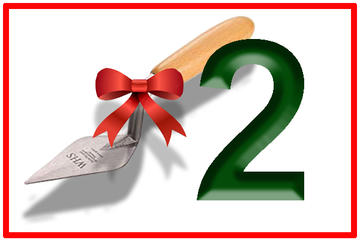 We've been fortunate to see some of our research stories make a big splash across the news this past academic year. One story which particularly captured the public imagination at the end of last year was the publication in Nature showing how a new technology -Zooarchaeology by mass spectrometry - ZooMs (developed by Mike Buckley, at Manchester University) helped an international group of scientists including recent graduate of the School, Dr Samantha Brown, as well as Prof Tom Higham and Dr Katerina Douka, discover the extraordinary girl we affectionately refer to as Denny.

The finding of Denny's bone fragment and subsequent analysis of her ancient DNA showed that she was a first-generation Neanderthal-Denisovan. Denny was the offspring of a Neanderthal mother and Denisovan father and is the world's first discovery of a human hybrid. Her existence suggests that mixing between Late Pleistocene hominin groups was common when they met in and around the Denisova Cave situated in the foothills of Siberia's Altai Mountains. We issued a press release about her here and a further one detailing the work being conducted to reconstruct the timeline of the Denisova cave here. 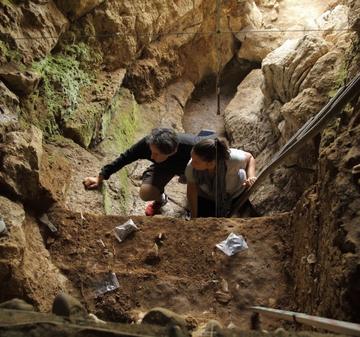 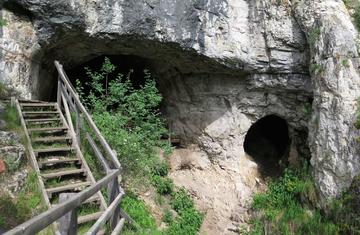 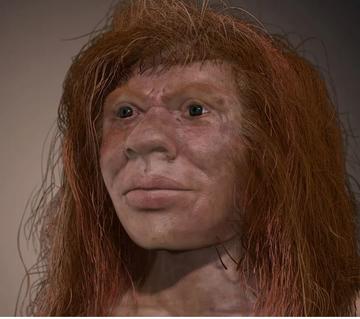 Photos (from left to right)

Tom and Katerina in the Denisova Cave

External shot of the Denisova Cave

If you want to read more about Denny here are just a few of the articles printed about her:

Nature - Mum's a Neanderthal, Dad's a Denisovan: First discovery of an ancient-human hybrid

She even has her own Wikipedia page now!