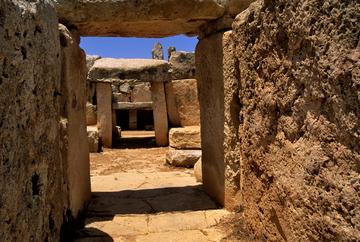 This stream offers a distinctive range of options in the global archaeology of non-literate societies, with opportunities to develop particular depth of training in prehistoric and pre-colonial Africa and/or in prehistoric Europe.

The small-group teaching and learning provides you with the opportunity to explore key sources of evidence and methodological and theoretical approaches in order to investigate and debate a wide range of subjects, such as:

The stream brings together the diverse research strengths of the School, ranging from the global Palaeolithic to regional or thematic studies in African and European archaeology.

Students benefit from the world-renowned collections of the Bodleian Libraries, Ashmolean Museum of Art and Archaeology, Pitt Rivers Museum, and other resources. Some modules also include classes in the Ashmolean Museum, where students will have the opportunity to handle and study relevant material culture.

In this module we critically examine the archaeology of Mesolithic-Bronze Age Europe with reference to a series of themes, including:

This paper aims to engage the student critically with the evidence for human societies of Mesolithic-Bronze Age Europe and the history of thought informing their interpretation. The student should gain a critical grasp of key shifts and themes in European prehistory and their role in the development of archaeological method and theory. The student should also develop a good grounding in the chronology and culture-history of later prehistoric Europe, and recent advances in the application of scientific methods.

This course will focus on issues of long term change and continuity in Europe between the late Bronze Age and the Roman periods. We will focus on the changing relationships between people and material culture, settlement and landscape, together with the issues of identity they raise. As well as considering issues of both continuity and change, we will look at the nature of connections across Europe including those running east west as well as between the Mediterranean and Europe north of the Alps. We will also explore new approaches to material culture and to the manner in which time and space can be categorised and understood in Europe at the end of prehistory. The course will have a basic chronological structure, ending with considerations of the coming of the Roman Empire and issues of so-called 'Romanization'.

Despite the extensive research conducted there over the last three decades, the archaeology of Saharan and sub-Saharan Africa is still largely unknown to most western audiences. This course focuses on two key processes in world prehistory over the last 10,000 years; the development and spread of systems of food-production and the formation of state societies. These processes are examined using data from several regions of Africa in order to illustrate the diversity of the African experience. In addition to this comparative focus, particular themes examined will include the relevance of oral tradition and linguistics to reconstructions of prehistory, the symbolic role of metallurgy in many African societies and the extent to which influences from outside Africa were of importance to the continent's development.

A course of eight lectures provides a chronological and thematic framework for this option, with tutorials offering an opportunity to explore particular issues in greater depth.

All the basic reading for this course is in English, but some knowledge of French is necessary for those wishing to investigate original papers on some aspects of West and Central African prehistory.

Southern Africa has not only produced some of the oldest fossils of anatomically modern humans, but is now producing significant evidence for the origins of recognisably modern forms of behaviour long before the start of Europe’s Upper Palaeolithic. The subcontinent also boasts a rich and well-understood rock art tradition, research on which has produced powerful new insights into rock engravings and paintings elsewhere in the world. In addition, anthropological research in southern Africa has made a significant contribution to both the development of general models of hunter-gatherer economic and social organization and their ongoing critique.

This course provides a broad overview of some of the main recent developments in the archaeology of southern Africa’s hunter-gatherers. The overall treatment is chronological, from the first anatomically modern humans to the current situation of Bushman communities in the Kalahari. Within this framework, the emphasis is placed on changing paradigms in the explanation of the Later Stone Age past and on the relationship between archaeological and anthropological data for understanding social and economic change among hunter-gatherer societies.

In addition to lectures, tutorials provide an opportunity to explore particular issues in greater depth. Some sixteen tutorial topics have been developed so far and students can choose from among these, or request others not yet taken. All the literature recommended for reading for this option is in English and no prior knowledge of African archaeology is assumed.

This course will focus on cultural changes that saw the emergence of our own species: Homo sapiens. Traditionally, it has been accepted that major cultural innovations appeared suddenly during the European Upper Palaeolithic and were initiated by the first anatomically modern humans to arrive in this region. However, such a view has increasingly come under challenge in the light of evidence that Neanderthals may already have had the capacity for modern culture before the appearance of the Upper Palaeolithic, and similarly it has been argued that examples of cognitively complex behaviour can be recognised in the earlier African archaeological record, implying a longer and more gradual development overall.

A combination of museum-based seminars and tutorials will focus on recent debates on ‘modern behaviour’: how and where did it arise and what were the potential mechanisms for change and innovation that led to more sophisticated tool use, language, self-awareness and group identity in modern humans. Amongst the topics covered will be:

Please note that the modules and streams listed on this website are indicative of the typical offerings and are subject to review each year. Whilst every effort is made to offer the full variety of modules/streams this is not possible to do every year. This is due to the fact that some modules/streams are dependent on student numbers to ensure an appropriate quality of education; timetable clashes; staff availability; etc. We aim to keep the website as up-to-date as possible but we recommend that you seek specific advice from admissions_masters@arch.ox.ac.uk on module/stream availability.